I was finally on the verge of looping and yet the last bit of the wait seemed the longest. We had all the pieces and my partner Michael had installed everything. But it wouldn’t work. It took us awhile to figure out that the Edison I had required an external antenna! One more thing to order and wait for.

It arrived. We hooked everything up and switched it on! Woo Hoo! Computer code appears, huge unstoppable grins appear. We have lift off.

It was amazing to watch the algorithm do its stuff. Supporting me and my blood sugars. Making cool, calm mathematical predictions and adjusting my insulin pump accordingly. Finally it wasn’t just up to me.

Ok that is a bit of an overstatement. The system does require a lot of vigilance, user behaviour modification and sometimes relentless trouble-shooting. But it did shift the focus. I loved it!

I was so excited I started texting my old diabetes pals, torturing them with photos of the brain itself and my blood sugar prediction graphs.

I did a happy dance for the next three months non-stop. For the first time in 38 years it felt like something exciting had happened in my diabetes. With that came a much-needed surge of hope, joy, confidence and well-being.

There were lots of connectivity issues over the first few weeks and a major learning curve that I hadn’t anticipated. A new update to the OpenAPS algorithm sorted out the connectivity problems I was having at home but I still had issues at work.

When I was at work (in a high school for the first three months of looping) I depended on a mobile signal to keep my system running.  Unfortunately in many of the classrooms I worked in the signal was too weak and the loop dropped out. There are offline looping solutions for OpenAPS but I wasn’t able to get them up and running at that time.

Another thing to adjust to was no longer being able to use square wave or dual wave boluses. I’d been having a lot of success with a 20% 80% dual wave bolus over a one hour period for most meals before I started looping. I could still use this method but it meant that OpenAPS couldn’t run and control my blood sugar levels during that hour.

I experimented with various strategies and started keeping a food diary in my phone to record the outcome of using various bolus techniques with different food. This is still a work in progress.

My general approach is to give a normal bolus for meals containing fairly fast acting carbs (eg jasmine rice) and for other meals to give between 20% and 75% of the bolus insulin (depending on the meal) ‘up front’ or just as I start eating and allow the remainder of the carbs to be covered by the OpenAPS algorithm.

This is still hit and miss for me at the moment. Sometimes I’ve found it helpful to use the ‘Eating Soon’ mode of OpenAPS before meals. It sets a lower temporary BG target and means there is some insulin on board when the carbs hit to start working with them and it can help prevent post-meal spikes. But sometimes this mode brings me too low. Trial and error. YDMV (Your diabetes may vary).

Fiasp, where are you?

I am looking forward to Fiasp, super fast acting insulin, becoming available in Australia as many people report a reduction in post-meal spikes with it. One teenage boy using Fiasp in the US, apparently often doesn’t bolus for meals and still gets a HbA1C of 6.2 using the OpenAPS system. 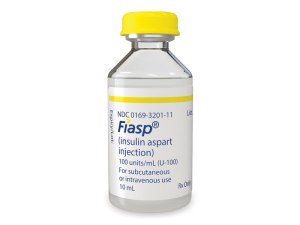 To me that is the Holy Grail of this technology. When a teenager with diabetes can eat normally… ie is ravenously hungry during a growth spurt and can eat three bowls of cereal followed by pancakes with maple syrup… and still have decent blood sugars.

Getting through those years without diabetes damage to the body and without the assault to the psyche years later when complications hit, is the major triumph of this hybrid closed-loop technology.

With my BGs now in range so much more of the time I found I only needed small amounts of fast-acting carbohydrate to bump my BGs up when they dropped below 4.0. I now have one or two of the 4g glucose tablets or half a Hypopak.

I’ve been inspired by what I’ve learned lately about low carb diets for blood sugar control and am currently trying to have one or two meals a day with very low carb content. It makes so much sense.

But there will always be a place in my life for delicious bowls of steaming pesto linguine or sage and pumpkin gnocchi. Absolutely thrilled to say that OpenAPS handles these slow absorbing carb meals beautifully.

Next … The verdict is in!