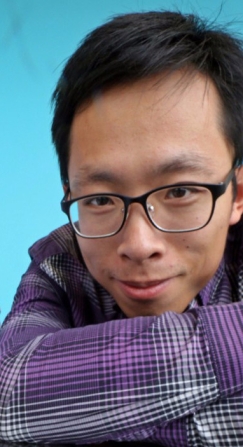 ‘What if an insulin pump was like an extension of the human body?’

It’s always nerve-racking walking into a conference where you don’t know anyone. But I was thrilled to be at DiabetesMine’s D-Data19 in San Francisco last November, and when I spied a serene looking man a bit younger than me, sitting alone near the front, I figured it was a good bet.

It worked out well because I’d perched myself next to Richard Spector of Cam Med. Richard introduced himself and told me he’d had type 1 diabetes for over 30 years. I was using AndroidAPS. He was using DIY Loop. We talked about what it was like to be teenagers with diabetes and then I asked him what he was there for. 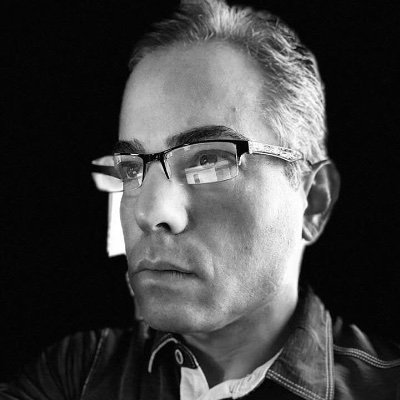 Richard procured a multi-layered, bendy, slip of a thing from his pocket and told me it was an insulin pump. The EvoPump. Well, not quite a pump. Yet. A moldable pump prototype still in development. Animal trials are planned for this year, with hopes that a USA IDE submission will be followed by human trials in 2021.

There are plenty of hurdles for Cam Med to overcome if their pump is to actually make it into the marketplace, but it’s won awards for its microfluidic design (Mass Challenge, CASIS/Boeing, T1D Exchange) and has had some promising investment (Massachusetts Life Sciences, ATTD, NEPDC, JDRF).

It certainly captured my imagination, and the version of the prototype I saw at least, appeared thinner, more pliant and smaller, up close, than it does in any of the photos I’ve seen so far.

At less than 1cm thin, the Evopump is set to have a lower profile than any patch pump currently on the market. (Less likely to catch and bump on things?). It has multiple drug delivery channels so has potential for use in fully closed-loop dual hormone systems (with both insulin/glucagon).

Sometimes you need a dream, and this prototype ticked a few of my ‘dream’ boxes.

1. Creative ‘outside the box’ design thinking

Innovative design is tricky at best in the medical device industry. It’s hard to get projects up, even when the ideas are good ones that could reduce pain and burden for people with diabetes. It felt like a tonic to me in this ultra-conservative med tech environment to find a company that had re-thought both the insulin delivery mechanism and the form factor.

I’ve had a lot of clothing restrictions over the past 20 years of pumping and 37 years of NLD (don’t google it).

The idea of being able to wear the clothes I want, including tight-fitting tops, dresses & pocketless outfits, because I have a slender, soft insulin pump that molds to the contours of my body, is very appealing.

Plenty of women who clip or slide their tubed insulin pumps into their bras lament the ‘third boob of diabetes’, an effect caused by clunky insulin pumps. The EvoPump promises to solve that problem.

I liked imagining a future that was free of undignified insulin pump disasters caused by floppy insulin pump clips.

I liked imagining all the new insulin pump site locations that would be possible with this type of design. All that extra site real estate opened up for use. Absolute gold for a long time injector and pumper like me.

And as funky as it was to be a cyborg sometimes, I liked the idea of not having to resort to precarious solutions like this. 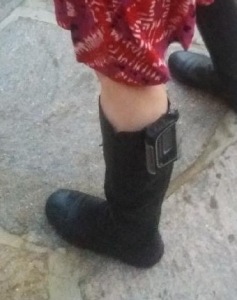 Then again, would this EvoPump actually stick well, and stick without causing skin reactions? What sort of wear and tear effect would it have on your skin? I’ve heard varying reports about existing patch pumps which make me wary. Would the EvoPump sweat off in hot climates like the one I lived in? Plenty of open questions.

But if  this pump, or another like it, does actually work the way it’s being imagined, it could be an appealing option for all of us – men, children, teenagers.

I remember being shocked the day I excitedly rocked up to a friend’s place to show her and her 21 year old daughter (who has T1D) my new DIY loop system, thinking I was supplying a piece of magic information that might transform their lives. The gorgeous 21 year old daughter just shrugged off the prospect and shot me a horrified, embarrassed look. No way was she even going to contemplate having such a clunky, bulky insulin pump system attached to her. “They need to make it smaller, invisible!!” she said. I like to think the EvoPump, or a pump like it, could be a solution for her.

What else is the company saying about their plans for the Evopump?

EvoPump is being positioned as an ACE Pump (Alternative Controller Enabled pump category in the FDA approvals process) so it’s being designed to be interoperable and work with a user-chosen controller app and CGM. I’d like to think this would mean it would be compatible with Tidepool Loop, AndroidAPS and perhaps other looping systems that are either still in development or haven’t even been thought of yet. Maybe a machine learning algorithm based on differential game theory, who knows?

The bottom line is, at least based on what Cam Med is saying at the moment, the user gets to experiment and decide for themselves which algorithm / system / smartphone or smartwatch works best for them.

Most insulin pumps use mechanics to drive insulin delivery. With the EvoPump, an electro-chemical reaction generates gas bubbles which cause medication to be delivered from multiple reservoirs through a structural membrane. Watch this space.

Again, this is too premature to speculate on really – as I understand it, gaining regulatory approval is an expensive, time-consuming process – but Cam Med has stated they have an international market in mind for their insulin pump, and as an Australian, even the mention of this makes me smile.

Does 2020 finally herald the dawn of a new decade in usable, freedom-inducing design for type 1 diabetes tech?

It works for me. Let’s shine a light on how important usability is for those of us living with type 1 diabetes. The small things matter. It’s a tough condition to manage on a practical and emotional level. Let’s embrace the best possible design ideas to give people with diabetes maximum joy and freedom in this new decade of promise. It might just make good business sense too.

Links for further information below.

Thanks to any reader that’s made it this far and especially to anyone thinking of reaching out to suggest wearability solutions that I might not have thought of 🙂 I really appreciate this, but no, I don’t want to wear a garter or a waist belt for my insulin pump, & I already do, and love, the ‘hide it in the Spanx’ trick from time to time.

I’m excited by all types of innovative design in diabetes, and would love to hear from people in DIY spaces or commercial, working on solutions that embrace user centred design.

There are a couple of tubed pumps I have my eye on at the moment that are small and seem to be thinking more about wearability and aesthetics. I hope to write more about these in 2020.

Disclaimer: I have not tried the Omnipod patch pump. I would be interested in doing so but we don’t have it in Australia. Yet.

Image 1 of this post: Zhifei Ge, co-founder and CTO at Cam Med Inc. Zhifei Ge was a roommate of Yanzhe Qin, the visiting fellow at Harvard’s School of Engineering and Applied Sciences, who thought: Why not make a pump that’s an extension of the body? The two started working on the EvoPump in 2013. Zhifei Ge was a PhD candidate in mechanical engineering at MIT at the time. Image from Boston Herald’s 2014 article.